In his April 11 opinion column defending the sanctity of the water closet, Journal Inquirer managing editor Chris Powell questions (without taking a clear position) whether a person born with one kind of genitalia will threaten the modesty of those born with another should they find themselves sitting side by side in walled, closed-doored women’s […]

To the person who tossed the trash: you’ve made your mark

Originally published in the Journal Inquirer Tuesday, June 10, 2014 By Kristen J. Tsetsi Dear person who threw that piece of trash out of your car window and onto the road, or onto the happy median bright with fresh summer flowers, or onto the sidewalk three feet from a trash can, I saw you. But […] 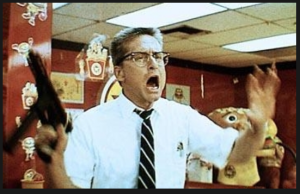 I can’t be the only one, when watching morning shows or scrolling through Twitter or Facebook, who’s thinking pleasefortheloveofgodjustshutup, who empathizes with the character Michael Douglas plays in the movie Falling Down.

END_OF_DOCUMENT_TOKEN_TO_BE_REPLACED

Time to shatter the myth about the only child 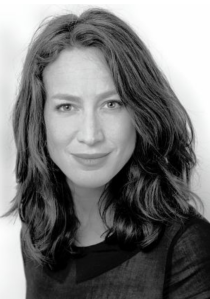 In the online feedback section of a Daily Mail excerpt of Lauren Sandler’s new book One and Only (Simon & Schuster), one reader manages to fit just about all of the negative assumptions about parents of only children into a single comment: “Talk about being stupidly selfish. Kids need to grow up with kids. Having just one child is bad for that child.” END_OF_DOCUMENT_TOKEN_TO_BE_REPLACED

Stop already with “women and children” 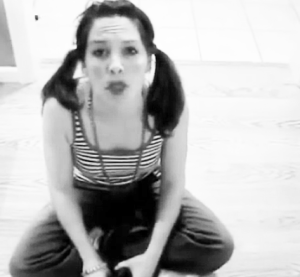 No more women and children, please.  (Or “womenandchildren,” since it may as well be.)

Any given tragedy story will include this nonsense:  “…killed 24 – including women and children…”

END_OF_DOCUMENT_TOKEN_TO_BE_REPLACED

The author of a Dec. 19 letter to the editor wrote, “If the murderer committing the massacre in Newtown had not killed himself, I believe the vast majority of Connecticut residents would prefer that he be executed. … Perhaps (by eliminating the death penalty) our legislators and governor are not representing the people that elected them.”

State-sanctioned revenge killings would probably be satisfying, on some level. In fact, there are a number of reasons I could support them, myself: END_OF_DOCUMENT_TOKEN_TO_BE_REPLACED 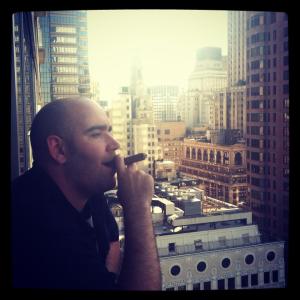 When New York City comedian Matt Haze wrote on his Facebook page that it was strange to visit his hometown of Cleveland, OH because everyone his age seemed to be married with kids, the replies he received offered comforting assurances that he would not be alone forever, that he would find someone. END_OF_DOCUMENT_TOKEN_TO_BE_REPLACED

Medical marijuana: use it or lose it

A few years ago, someone very close to me was in ICU in an induced coma so he could heal after having his insides pulled from his body, cleansed of lethal toxins and bacteria, and returned to the cavity following a perforation of his lower intestines. He had less than a 5 percent chance of survival, and doctors had no idea whether he would ever come off the respirator. END_OF_DOCUMENT_TOKEN_TO_BE_REPLACED

When I was interviewed a few years ago by an NPR personality, I was “coached” on one of my answers. S/he asked me a question, I answered, and then s/he moved the microphone to the side. “What I was trying to get you to say was [phrase]. I’m going to ask you again.” S/he then […]